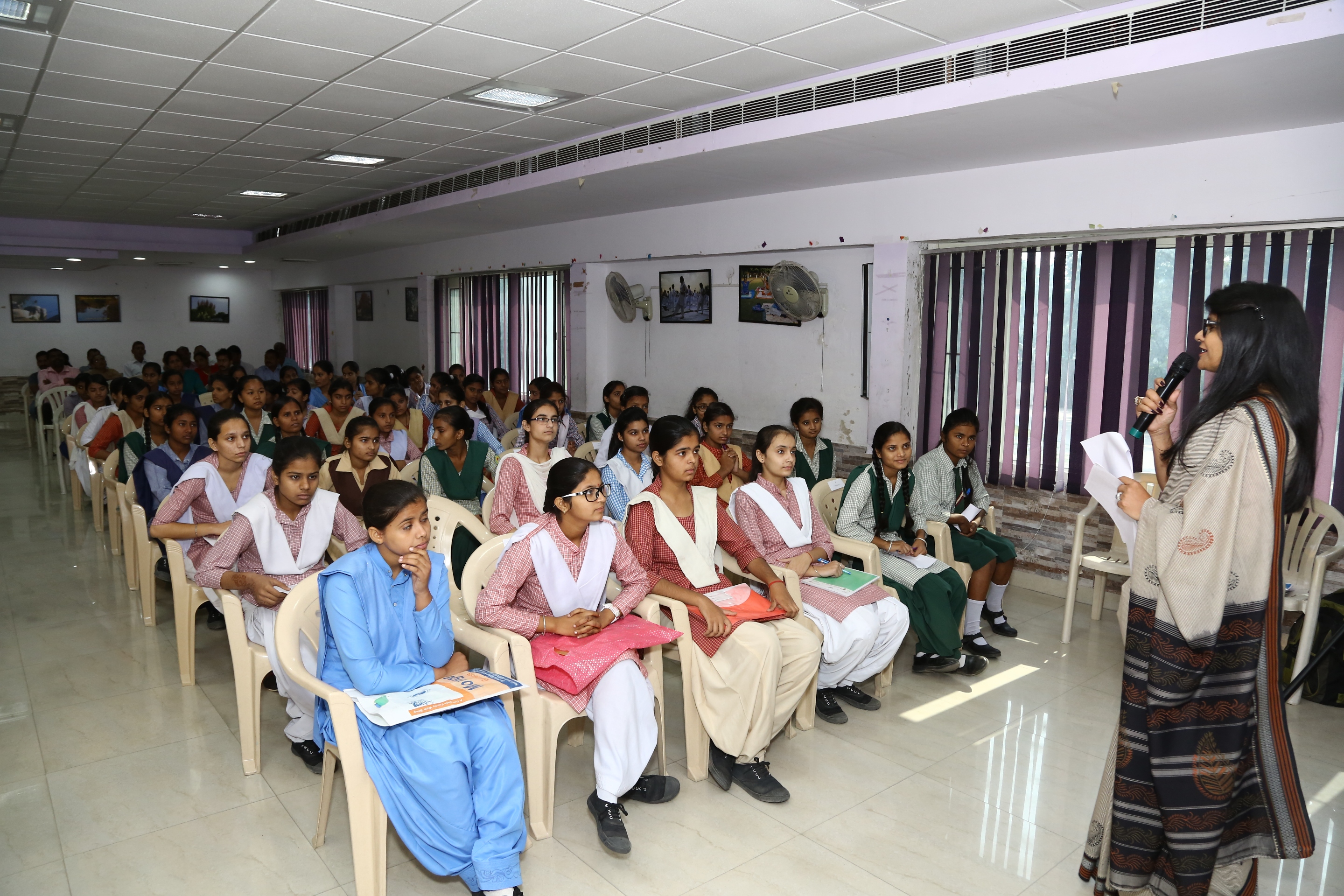 Panchkula is a planned city in the state of Haryana. Panchkula and Mohali (in Punjab) are two satellite cities of Chandigarh. These three cities are collectively known as Chandigarh Tricity. In 2011, Panchkula had a population of 561,293. Male literacy rate in Panchkula district of Haryana is 87.04 percent while that of female is 76%.

Panchkula has sufficient number of schools and colleges to cater to the needs of the local population. However, growing up in families of industrial laborers and migrants, education beyond 10th grade seemed like nothing more than a dream for girls from socially and economically backward sections.

In 2016, we were approached by a a philanthropist, now settled in USA, Dr, Suresh Raja, who was interested in girls’ education in India. We suggested him to support our Udayan Shalini Fellowship programme in Panchkula and Chennai and he readily agreed. With his kind support, we were able to establish the USF support in Panchkula and had taken the first batch of 50 girls in 2017. While establishing the Chapter, we met Mr. Ashok Singhla, an industrialist in Panchkula, and impressed by the programme, he readily agreed to be the Convenor of the programme. Not only this, he also formed the core committee with the support of Udayan Care, but also offered infrastructure for establishing local office in his factory premises. In 2017-18, we intend to take another batch of 40 girls in Panchkula. Currently, USF is supporting 150 Shalinis at the Panchkula Chapter.